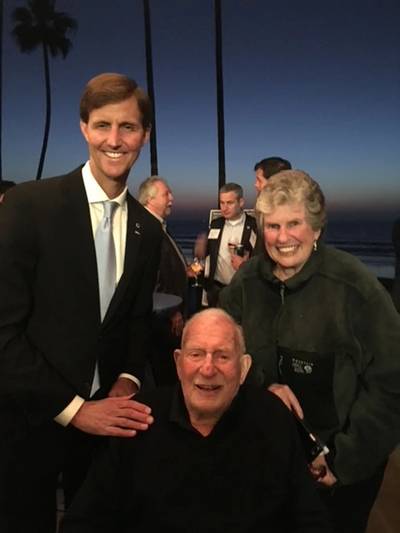 Walter Munk (center) with the author (left) and his wife Mary (right) at Scripps in 2018. Photo courtesy the Author

In the 2021 National Defense Authorization Act, Congress established a commission to rename several military bases and ships that commemorate members of the Confederacy.  One of these is the Naval oceanographic ship USNS Maury (T-AGS 66), named after oceanographer Matthew Fontaine Maury, who resigned his commission in the U.S. Navy to join the Confederacy at the outbreak of the American Civil War.

The USNS Maury is an asset of the Naval Meteorology and Oceanography Command (NMOC), which I led from 2014-2017. I attended the ship’s commissioning in 2017, where I praised Maury’s recognition as the father of modern oceanography. I did the same on other occasions when I served as the Superintendent of the U.S. Naval Observatory, which Maury founded in 1842. Notwithstanding this association, I agree with others who have called it disgraceful for any military unit to be named after someone who fought against our government to maintain a system that enslaved other human beings.

The most appropriate individual after which to rename USNS Maury would be an American who made significant contributions to Naval oceanography and reflected the diversity of our population. Among the pantheon of our greatest ocean scientists, there is no better candidate than the renowned oceanographer Dr. Walter Munk. I first met Walter when I was a newly-minted Ensign in the Navy while earning a Master’s degree at Scripps Institution of Oceanography, where he was a Professor and research scientist.

This was over 30 years ago, long into his career which spanned nearly eight decades. Since then, I climbed a long ladder in ocean science and technology that carried me to multiple sea-going expeditions, brought me back to Scripps to earn a Ph.D., and led me to serve at the highest levels of the U.S. Government. At every step, Walter Munk served as a beacon, lighting the way and inspiring me along with many others. While volumes could be written about why a ship should bear his name, I share three points here that are both compelling and personal.

Several months after Walter passed away in February of 2019, his family asked me to be the Master of Ceremonies at a recognition event for him planned for October of that Year. This widely attended event was preceded by the Walter Munk Legacy Celebration hosted by Scripps the day before, and it was followed by a ceremony and paddle-out near the Scripps research pier the day after. Across the three days, the total measure of the man was summed by the extraordinary expanse, magnitude, and diversity of those who gave tribute to him. While the naming commission struggles to secure broad public support for their Congressional mandate, they can do no better in renaming the Navy’s newest oceanographic ship after the loyal veteran, esteemed scientist, and naturalized citizen - Walter Munk. 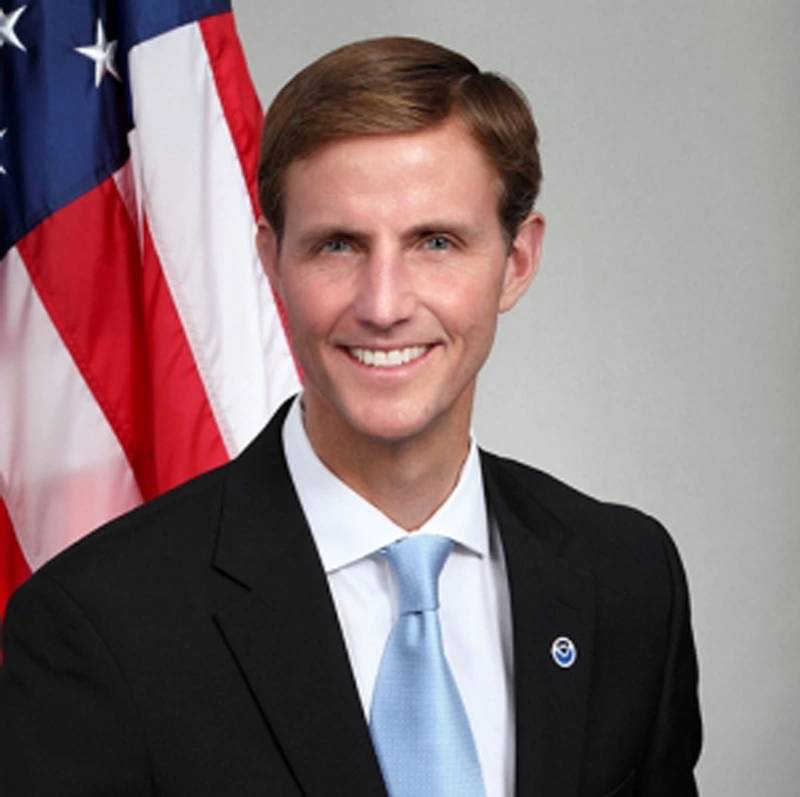 The Author: Rear Admiral Tim Gallaudet, Ph.D., U.S. Navy (retired). Rear Admiral (ret) Gallaudet is the CEO of Ocean STL Consulting and host of The American Blue Economy Podcast. From 2017-2021 he was the Acting and Deputy Administrator of the National Oceanic and Atmospheric Administration (NOAA) and Assistant Secretary of Commerce for Oceans and Atmosphere. Prior to NOAA he served for 32 years in the U.S. Navy retiring as the Oceanographer of the Navy.