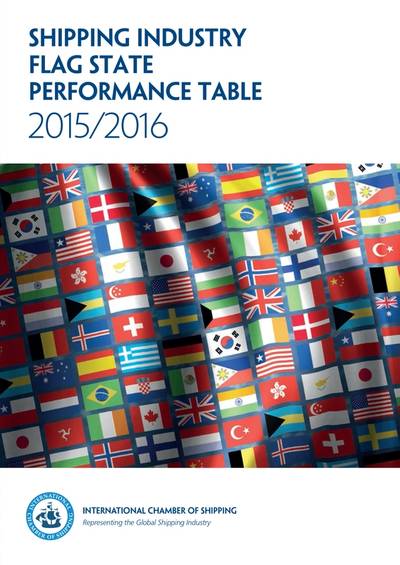 The International Chamber of Shipping (ICS) has published its Shipping Industry Flag State Performance Table for 2015/2016, which can be downloaded free of charge via the ICS website.

The ICS Table provides an annual overview of the performance of the world’s ship registers against a number of criteria, using data available in the public domain. ICS is keen to draw attention to the impressive number of positive indicators that are now being achieved by those flag states which are used by the vast majority of ship operators.

ICS Director of Policy & External Relations, Simon Bennett, explained: “One thing the ICS Table has demonstrated for many years is the lack of substance to arbitrary distinctions that are sometimes made between the performance of open registers and so called traditional flag states. About two thirds of the world fleet is now registered with the eight largest ‘open registries’, all of which show impressive levels of performance. While they might have been relevant 20 years ago, the ICS Table continues to show that such distinctions are no longer helpful.”

The ICS Table assesses the performance of flag states using criteria such as Port State Control records, the ratification of IMO and ILO Conventions and participation at IMO meetings. It is intended as a tool to help to ship operators to engage in discussion with their flag administrations about areas of performance where improvement might still be necessary.

While ship operators are responsible for compliance with safety and environmental rules, it is flag states which a have primary responsibility for inspections and enforcement. ICS therefore believes it is important that the performance of flag states is subject to objective scrutiny.

Following the agreement by IMO to make its Member State audit scheme mandatory, ICS is pleased to see the steps being taken to make audit reports available to the public via the IMO website. ICS hopes that in due course the results of all IMO audits will be made public. In the meantime, the Flag State Performance Table is intended as a complement to IMO’s successful efforts to help improve the performance of all its Member States.

The ICS Table is being distributed worldwide via ICS national shipowners’ associations and their member companies, which cover over 80% of the world merchant fleet.