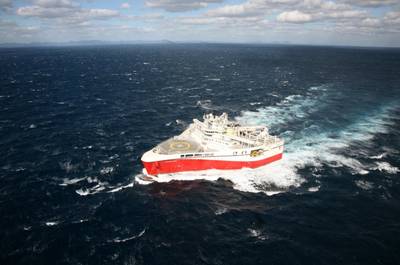 The company said Wednesday that a Ramform Titan-class vessel was scheduled to start the acquisition in early August of 2022 and complete it in mid-September.

President & CEO in PGS, Rune Olav Pedersen said: "We are very pleased to be awarded this 4D contract in the North Sea. It is encouraging to see our clients securing capacity well in advance, like in this case, and we believe in a continued improvement of the contract market next year."

PGS did not share the identity of the client. The financial details of the deal were not disclosed.

According to data on its website, PGS has so far acquired more than 30 000 sq. km of 4D data using GeoStreamer technology.

A time-lapse 3D (i.e. 4D) project involves repeating 3D seismic surveys over a producing reservoir to identify changes in the physical state of the reservoir due to production. Such time-lapse surveys are used to optimize the planning of producer and injector well placements, as well as monitoring the overburden to detect any geomechanical changes associated with compaction effects, PGS's website info shows.