OP/ED: The State of Piracy 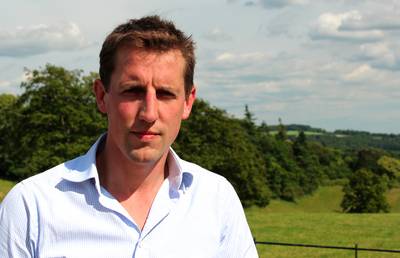 Piracy’s gone away, right? You’d be forgiven for thinking that.

The predominant narrative for the Indian Ocean is that Piracy has been suppressed to an extent that ship-owners are requesting fewer guards, even unarmed in some cases. Certainly private security team composition has adjusted beneath the “rule of four” and the nationality of guards has shifted significantly away from the UK only model. But given the recent attacks in South East Asia and the prevailing amount of maritime crime and piracy off the Gulf of Guinea, Piracy hasn’t been eradicated at all; it’s simply evolved and will continue to change as it has done for hundreds of years presenting a threat to global maritime trade.

The increased profile of South East Asia/Gulf of Guinea maritime crime and Piracy presents a challenge for PMSCs to offer a global client base effective risk management/mitigation services that can meet their needs. These threats can range from Somali style kidnap of crew and vessel for ransom, to Nigerian style extended duration robbery and kidnap to violent robbery in the Malacca straits. They are all very different and PMSCs must have a range of capabilities in order to advise shipowners properly. The challenge for the ship-owner is to select their PMSC carefully and build a long-term relationship based on detailed mutual understanding and trust.

The recent extension of international naval commitment off Somalia out to 2016 demonstrates that international naval forces view the significant cost of their presence worthwhile and necessary.  PMSCs will continue to be required for ship owners/operators to demonstrate that they take the safety and security of their crew seriously and to guarantee security in the many areas where the international naval forces cannot react swiftly.  It is clear that the structures onshore in Somalia that support Piracy are still very much intact, with an estimated 40 seafarers still held captive; where piracy might easily return at short notice.

The reality is that the ship owner will ultimately turn to the IMO/BIMCO for guidance and they in turn will rely on international naval forces to determine policy.  Recent extensions suggest therefore that guidance will not change significantly over the next 12 to 24 months, even if attacks do not resurface.  Undoubtedly the dynamic onshore will continue to change, but the overall trajectory is some way from being decisively clear.  In the interim it is the role of PMSCs to provide a cost effective, compliant service that provides the ultimate insurance to shipowners in an uncertain environment.

The reduced frequency of Pirate attacks within the Somali Basin and wider Indian Ocean might appear ironic given the sheer change in the private maritime security sector. It is un-recognizable, with self-regulation coming in at such a rapid pace; the security companies should be applauded for their adaptation to change. Increasingly ISO accredited, they’re firmly part of the Commercial Shipping Industry supply chain, where PMSC’s are members of Shipping Associations and reflect an industry driven and governed by standards, quality and safety. Established PMSC’s, like Ambrey, have their own in-house training facilities, with courses ranging from ‘First Person on Scene’ and ‘First Aid’ through to City & Guild Accredited courses to prepare an individual for the private security sector.

Further afield, the threat has adapted to present fresh challenges to Ship-owners. The Gulf of Guinea is beset with many problems on and offshore, where criminals are proving adept at moving between basic product theft (bunkering) through to the targeting of high value internationals for kidnap and subsequent ransom. Wider still are West Africa’s challenges of overcoming transnational organised crime: extortion, national embezzlement, human trafficking, drug & arms smuggling and of course piracy. The recent intervention by the Nigerian Navy is policing their territorial waters and making the use of private suppliers illegal is a concern and indicative of a region struggling to create consistency in combating maritime crime. In South East Asia, piracy attacks have apparently become more prevalent, where attacks have been mainly focused on robbery at sea, some product theft but displaying a capability to move towards hijack. The ‘surge’ of attacks is more likely down to better reporting than an actual increase in maritime crime, but this in itself is welcome, where the sharing of information is wider, more transparent and consistent. In this region, the private armed deterrent is unlikely to be utilised with so many states surrounding these crucial sea-lanes, but as in West Africa, PMSC’s might be able to respond in support to existing Navies and Coastguards.

Piracy and Maritime Crime has not changed a great deal, there will continue to be individuals seeking to profit illegally on the high seas, but the nature of the threat evolves. Increasingly viewed as a credible and effective option, the Private Maritime Security sector continues to adapt its offering to mitigate and manage the risk to its clients operating in a complex environment. Private Maritime Security might be an uncomfortable part of the supply chain perhaps, but integral to the safe passage of cargo, vessel and crew.

John Thompson is a co-founder of Ambrey Risk