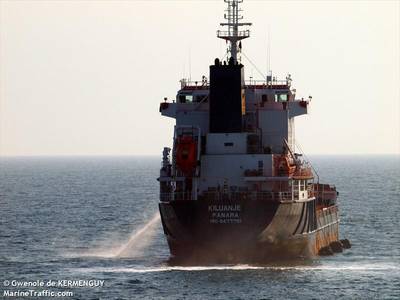 An uknown number of indiviudals on board a single speedboat are said to have attacked the Panama-flagged Vemahope on April 30, about 178 nautical miles south-southeast from Lagos, kidnapping 10 and leaving four crew on board.

The incident took place 39 nautical miles northeast of an incident involving a vessel being fired upon in February and 101 nautical mile northwest of what appeared to be a focus of incident reporting within 2019, Dryad said.

If confirmed, the latest kidnapping would be the seventh deep offshore incident within the Nigerian EEZ in 2020, Dryad said. Total incidents in West Africa have thus far tracked 2019 trends almost exactly with a partial fall of only one incident seen in 2020 compared to incidents over the same time-frame in 2019.

So far in 2020, 42 personnel have been kidnaped from vessels operating off the coast of West Africa, according to Dryad.