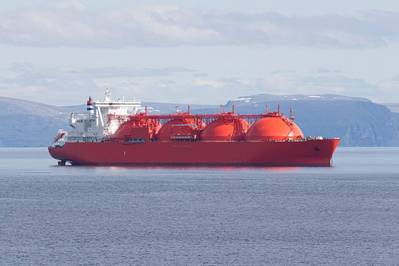 Germany has ordered police to guard LNG terminals under construction and increased aerial supervision of its rail network as it prepares a law to bolster the protection of critical infrastructure, its interior minister told Reuters.

Suspected sabotage on the German rail network and on the Baltic Sea gas pipelines linking Germany and Russia in recent weeks have raised concerns about the country's exposure to attacks.

Minister Nancy Faeser said in an interview it was not possible to comprehensively protect all of the more than 33,000 kilometres of railways and millions of kilometers of cables in Germany with just cameras or police officers.

Her ministry has, however, created a special unit to coordinate protection of critical infrastructure after Russia invaded Ukraine in February, prompting a stand-off with the West.

As part of intensified efforts on that front, police were, for example, guarding the LNG terminals built to help Germany replace pipeline deliveries of Russian gas and would also accompany the LNG shipments, she said.

"We have strengthened the police's work at sea," Faeser said. "Police are patrolling at sea with all their available forces and ships to also protect maritime infrastructure."

The ministry was also working with state rail operator Deutsche Bahn - which had to halt all trains in northern Germany for several hours 10 days ago due to an attack on its communications network - to increase the number of cameras at its installations, she said.

More broadly, the ministry is advising both public and private operators of critical infrastructure such as hospitals and telecommunication networks on how to better fend off attacks, be they physical or digital. This included the recommendation to have not just one, but potentially several, backup systems.

Now the ministry wants to make some requirements legally binding and will present key points for a new law this year, ahead of schedule, Faeser said.

Germany is also rushing to improve its preparedness for catastrophes, both manmade and natural, Faeser said, a task the country has long neglected. Examples include upgrading sirens and implementing new technology to send text alerts to all mobile phones in case of a catastrophe.

In December, Germany will hold its second ever warning day to test all the upgraded systems in preparation for a possible emergency, she said.

On civil unrest, Faeser said the recent announcement of a 200 billion euro package to help compensate for the impact of rising energy prices seemed to have calmed a swell in anti-government protests over soaring inflation.

"At the moment we do not expect a big rise in protests," she said. "People are noticing that the government is acting."