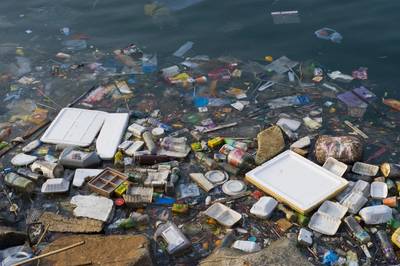 Pope Francis, who has spoken strongly for action against global warming in recent years, called on Saturday for people to work together to stop the world's oceans filling up with plastic waste.

The pontiff's comments are from a message for the fourth annual prayer day "for the protection of creation" that is celebrated with other Christian denominations.

The pope addressed about 100 business leaders invited to the Vatican for the occasion, saying that "each of us has to be responsible for others and for the future of our planet".

Scientists have urged tougher restrictions on plastic waste. In December, almost 200 nations agreed to limit plastic pollution of the oceans, warning it could outweigh fish by 2030.

Francis wrote a major document called "Laudato Si" (Praised Be) on protecting the environment from global warming in 2015.

The pope has sided with those who believe global warming is at least partly man-made and has praised scientists who are working to keep the earth's temperature under control.