Port of Helsinki Aims to Be Carbon Neutral by 2030 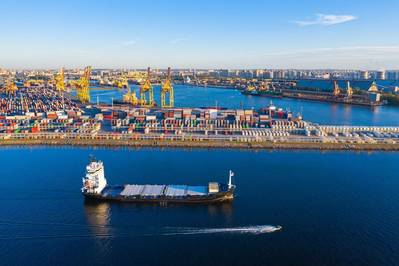 The Port of Helsinki announced it is tightening the timeline for its carbon neutrality program and is now aiming to be carbon neutral by 2030.

“We will minimize our own energy consumption through modernizing heating, moving to LED lighting and increasing self-produced solar power,” said Andreas Slotte, head of sustainable development at the Port of Helsinki.

“Furthermore, we will acquire the additional energy we need from zero-carbon sources. We will also influence the reduction of our subcontractors’ carbon footprint through our procurements.”

“As for ship traffic, the changes for the better are extensive, especially with the introduction of new vessels. In addition to this, the Port of Helsinki has adopted onshore power supply in several harbors, which will also be expanded in the coming years. Onshore power supply reduces the emissions generated significantly while ships are berthed,” Slotte said.

The port itself is aiming to be carbon neutral by 2030, it noted that 2035 is still the target year for the carbon neutrality goals for emissions from heavy traffic and machinery traffic.

“The measures to reduce emissions from heavy traffic are still uncertain, both nationally and globally. While electrification and alternative fuels are making their way to heavy traffic, we cannot yet produce a clear roadmap for the schedules and applications. Of course, as soon as it seems possible, we will bring the carbon neutrality targets forward in these areas, too,” Slotte said.