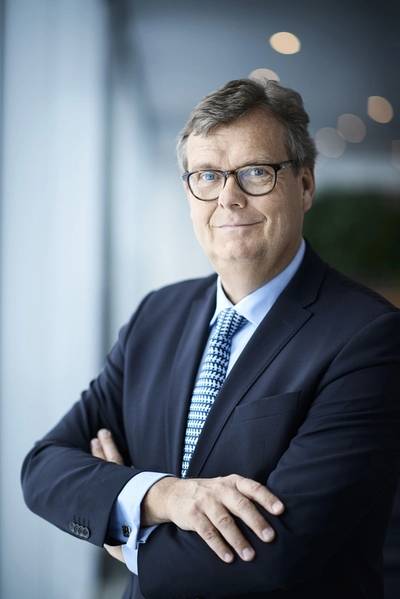 A.P. Møller - Maersk’s chairman of the board will step down at the end of March as the group missed fourth-quarter profit expectations amid low prices and oversupply in the oil and freight sectors.
Michael Pram Rasmussen said he will not stand for reelection as chairman of the board of directors, opting to stand down when his election period expires March 28, 2017, the date of group’s annual general meeting. The board intends to elect former SAP co-CEO Jim Hagemann Snabe as chairman.
“In 2016 we took a decision to change the direction of the company. With a new structure accomplished and a new leadership team established led by Soren Skou, we are ready to implement the new strategy focusing on developing transport and logistics and for the next generation to take the lead and respond to industry opportunities,” Rasmussen said. “Timing is right for me as well as for the company to retire as the Chairman.”
Rasmussen has served on the A.P. Moller- Maersk as a Board member since 1999, 14 years as Chairman.
At the annual general meeting Michael Pram Rasmussen, Niels Jacobsen, Arne Karlsson, Dorothee Blessing and Niels Bjørn Christiansen will stand down from the board of directors in accordance with the company's articles of association. The board proposed reelection of Jacobsen, Karlsson, Blessing and Christiansen.