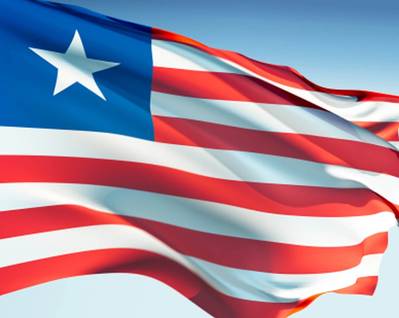 Figures released by the Greek Shipping Cooperation Committee (GSCC) show that Liberia has further strengthened its position as the undisputed leading open registry of choice for Greek shipowners and operators.
The GSCC statistics show that, in the year to end-March 2015, the number of Greek-controlled ships in the Liberian Registry increased by a net total of 61 vessels, more than any other registry in the world. In the process, the Liberian Registry moved closer to the Greek flag, which recorded a net total of 20 new registrations in the 12-month period.
The GSCC figures show a total of 739 Greek-controlled ships, aggregating 54.03m dwt, registered with Liberia, compared to 678 vessels of 49.05m dwt at end-March 2014. Eighteen per cent of Greek-controlled ships are now registered under the Liberian flag. This is an increase on the corresponding figure for the previous year and positions Liberia second only to the Greek national flag in this respect.
The GSCC findings provide the second independent verification in the past six months of the dominant role played in Greek shipping by the Liberian Registry. Figures produced recently by Marine Information Services (MIS) in Greece showed Liberia as the most popular and fastest growing flag for Greek owners and operators.
Scott Bergeron, CEO of the Liberian International Ship & Corporate Registry (LISCR), the U.S.-based manager of the Liberian Registry, said, “The relationship between the Greek shipping community and the Liberian Registry is built on strong and long-standing foundations. It has grown stronger still during the worldwide economic downturn of recent years, during which shipowners and operators have looked to their ship registries for innovative solutions to help maintain efficiency and profitability.”
Michalis Pantazopoulos, Senior Vice-President of the Liberian International Ship & Corporate Registry (Hellas) SA in Piraeus, said, “The latest figures from the GSCC are good news both for the Greek fleet and for the Liberian registry. Greece remains the undisputed number one shipping nation in the world. Almost 16 per cent of the world fleet in deadweight terms is now controlled by Greek interests, and the average age of that fleet is 2.5 years below the world average. The total amount of Greek-controlled ships in the world fleet is now at its highest level since 2008 / 2009, and the fact that Liberia has played such a leading role in this quality growth is testament to the mutual trust and respect which exists between the Greek shipowning community and the Liberian Registry.”
liscr.com