ITS Reports a Return to Growth 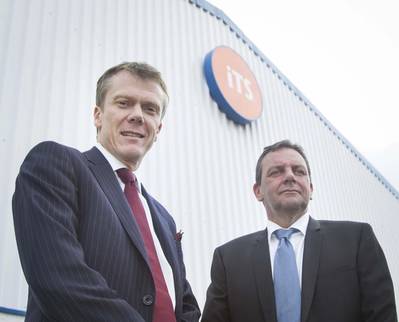 ITS Group, a leading supplier of oilfield products and services to the global oil and gas industry, has reported a noticeable profit improvement in its annual report for the year ended December 31, 2011, in line with improving market conditions.

The company, which has its headquarters in Aberdeen, provides drilling equipment and services through a network of 29 facilities across 18 countries and has a strong international footprint.

Turnover increased by 22% to $163.1 million as the Group saw the benefit of continued investment in its fleet and facilities. The rise in turnover also resulted in earnings before interest, taxation, depreciation and amortisation (EBITDA) increasing to $43 million (£26.8 million) - up from $33.5 million (£20.9 million) in 2010.

Mr Milne said: “Lower utilisation and volatile pricing weighed heavily on our 2010 results.  It is pleasing to see that 2011 saw more stable markets and a return to growth for ITS.

“Growth in international rig counts is eating into the capacity that exists within the service industry.  As that narrows we see an environment that will support a much needed recovery and stability in pricing “

Increased activity with customers in the US, Mexico and the UK supported an uplift across the Group.  Investment in new plant and equipment also continued with capital expenditure of $20.8 million (£13 million) in the year.

Mr Milne added: “It is pleasing to see continued investment at ITS and our strong market position taking advantage of improving activity levels. However, volatility in the global economy remains and we remain prudent in our approach to investment and control of overheads.”

The company, established in 1986 and with headquarters in Aberdeen, provides drilling equipment and services through an international network comprising 29 facilities across 18 countries.