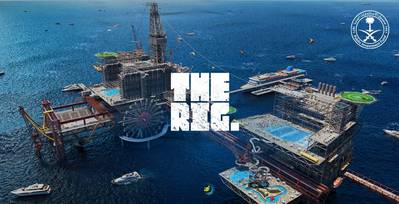 Saudi Arabia's sovereign wealth fund, the Public Investment Fund, announced on Saturday the launch of "THE RIG", which it said would be the world's first tourism destination on offshore platforms.

It added in a statement that the project was located in the gulf and spanned an area of more than 150,000 square meters.

It said the project would feature a number of attractions, including three hotels, restaurants, helipads, and a range of adventurous activities including extreme sports.

The funds did not disclose the value of the project.