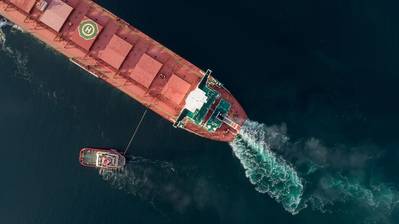 The world's biggest iron ore producer said it expects to ship between 320 million and 335 million tonnes (Mt) in 2022 from the Pilbara region in Western Australia, a forecast with a mid-point below RBC estimate of 332 Mt and UBS' estimate of between 330 Mt and 340 Mt.

The delay in production from the new greenfields mine as well as labor shortages in Western Australia due to prolonged pandemic-led interstate border closures also resulted in lower iron ore shipments from the Pilbara region.

"Rio Tinto's operations continue to meander and mine capacity issues in iron ore are likely to weigh again in 2022, albeit on an already reduced forecast production profile," analysts at RBC Capital Markets said in a note.

"Although iron ore prices have provided the shares some solace in recent weeks, we continue to see a challenging outlook for iron ore over the course of 2022."

Even as Rio said it was "encouraged" by growth prospects in 2022, it cautioned that potential disruption from surging COVID-19 cases and any geopolitical tensions could take a toll.

"Guidance assumes development of the pandemic does not lead to government-imposed restrictions and widespread protracted cases ... which could result in a significant number of our production critical workforce and contractor base being unable to work," the miner said in a statement.

"This risk is exacerbated globally by tight labour markets and supply chain delays."

China's debt-ridden property sector also poses some risk as easing construction activity weighed on demand for raw materials, including iron ore, prices of which nearly halved from a peak hit in May of last year.

Meanwhile, even as the global miner builds its battery materials business with the recent acquisition of the Rincon lithium project in Argentina, it was planning to pause similar work in western Serbia amid protests by green groups across the country.

The iron ore producer shipped 84.1 Mt of the commodity in the three months ended Dec. 31, roughly in line with UBS forecast of 84 Mt and topped RBC estimate of 82.6 Mt.