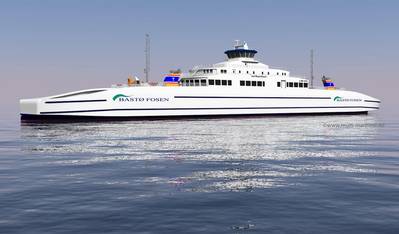 Rolls-Royce has signed contracts with Bastø-Fosen and Fjord 1 in Norway for azimuth propulsion systems for five new double ended ferries. The ferries are scheduled to enter into service along the coast of Norway in the summer of 2016.

The contract value to Rolls-Royce is £5.5 million in total. All five ferries are designed by Multi Maritime and will be constructed in Turkey at the yards Sefine, Cemre and ADA.

Azimuth thrusters from Rolls-Royce will help give the ferries improved steering stability and manoeuvrability. The thrusters are also equipped with full feathering propellers so the operator can reduce the amount of engine power needed during crossings. This will help reduce fuel consumption and also increase the overall efficiency of the vessels.