Russia to Build $2.2B Metal Plant to Feed Shipbuilding 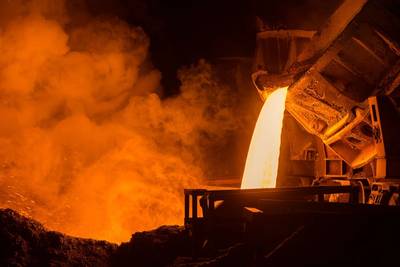 Russia plans to build a metals plant in the Far East at an estimated cost of $2.2 billion and supply steel sheet to the Zvezda shipbuilding yard as part of a push to develop the Arctic, Rosneft CEO Igor Sechin said.

The head of the oil producer said during a televised meeting with Russian President Vladimir Putin that the planned facility on Sukhodol Bay would produce 1.5 million tonnes of steel sheet and steel pipe products per year.

The Zvezda shipbuilding yard is set to play a prominent role in Russia's push to make the Northern Sea Route an important Arctic transit corridor for oil, coal and commercial shipping.

Sechin asked Putin to help the project by supporting the building of roads and accommodation, adding that construction would involve around 1,500 workers.