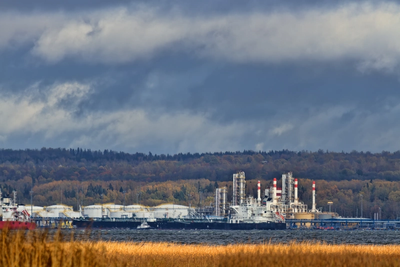 Russian Urals crude exports and transit from its Baltic ports in May are expected to match the initial plan, despite Western sanctions that have hit demand in Europe, according to three traders and Reuters calculations based on shipping data.

Official sanctions and self-sanctioning by European buyers have hammered demand for Urals in its traditional market, but Asian buyers have stepped in to keep export flows unaffected.

The ports of Primorsk and Ust-Luga will load a total of 7 million tonnes of Urals in May, in line with the initial plan, traders said and the data showed.

Though four cargoes from the initial plan were canceled - three from Kazakh oil producers and one from Rosneft - Russia's Surgutneftegaz filled in with four additional loading positions, traders said.

Urals oil exports and transit from Primorsk and Ust-Luga stood at 6.9 million tonnes in April.

Over half of all Urals cargoes from May's loading plan from Baltic ports was heading to Asia, mainly to India and China, the shipping data shows. These countries have been ramping up Russian oil purchases since April.

The volumes are in some cases purchased directly by Indian and Chinese companies, but are also bought by trading firms for delivery to these destinations, traders said and the data showed.

About 40% of Urals from Baltic ports was still set for shipment to Europe in May, mostly under long-term supply contracts signed before February, and to European oil plants owned by Russian oil majors, shipping data showed.

Top destinations for Urals supplies to Europe in May were Netherlands, Italy and Turkey, according to the data.