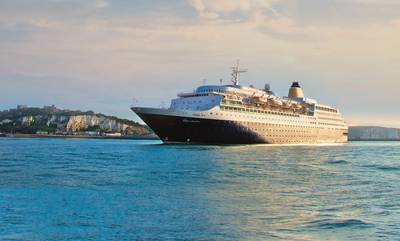 Saga announced it has completed the sale of cruise ship Saga Sapphire to Anex Tour, a family-run Turkish tour operator. The ship is scheduled to reenter service as Blue Sapphire operating for Anex Tour’s new cruise line in 2021.

While many cruise ships are currently being sold or scrapped due to the coronavirus pandemic, the Saga Sapphire sale is unrelated to COVID-19. Anex Tour had announced in August 2019 it would acquire the vessel.

Neset Kockar, Chairman of Anex Tour, said, “I am thrilled to have our first cruise ship which is getting prepared to sail in the eastern Mediterranean after a thorough renovation.”

Nigel Blanks, Managing Director of Saga Cruises, said, “Saga Sapphire has been hugely popular with our guests over the past eight years. She will be missed, but we’re delighted she will be playing a starring role in Anex Tour’s new cruise offer. Launching Sapphire was an important moment, and laid the foundations for our purpose-built boutique cruise offer. We are now looking forward to an exciting new chapter for Saga Cruises as we prepare to welcome the Spirit of Adventure to our fleet in the coming months.”

Saga Sapphire was originally built in 1981 by Bremer Vulkan of Germany for Hapag-Lloyd Cruises as Europa. In 1999, Europa was sold to Star Cruises and she was renamed SuperStar Europe and a year later, Superstar Aries. In 2004, she was sold to Pullmantur Cruises and renamed Holiday Dream. In May 2008, she was transferred to the fleet of CDF Croisières de France and renamed Bleu de France. In November 2010, she was sold to Saga Cruises, but retained on charter by CDF for a further 12 months. Following an extensive refit at Fincantieri in Italy from November 2011 to March 2012, the vessel was renamed Saga Sapphire.