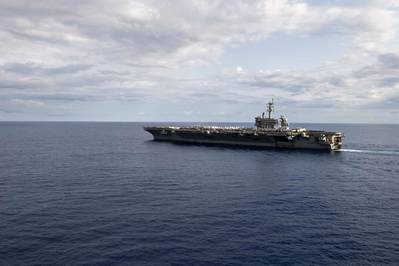 All 5,000 personnel aboard the aircraft carrier Theodore Roosevelt will be tested for the coronavirus after the number of sailors on the ship who have tested positive for the virus increased, U.S. Navy officials said on Thursday.

The move is the latest example of the coronavirus’s impact on the military.

In all, eight sailors have tested positive for the coronavirus, up from three on Tuesday, Modly said.

That number could surge into the dozens as testing continues, said a Defense Department official, speaking on condition of anonymity.

Modly said the carrier could do a small amount of the testing of samples taken from crew members for the virus, but that the Navy was looking into which other labs could do the tests.

Earlier this month, the carrier visited the central Vietnamese city of Danang.

As of Thursday, 280 U.S. service members around the world had tested positive for the coronavirus, including 104 from the Navy.

“We are trending higher,” Modly said, but he said it was too early to say why that was the case.