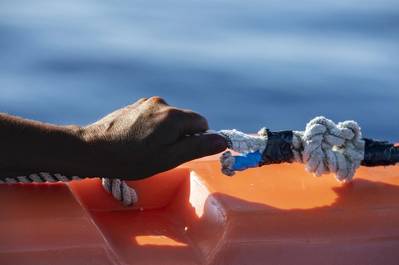 At least seven migrants, one of them pregnant, drowned after a boat carrying them capsized five miles off the Italian island of Lampedusa early on Wednesday, officials said.

About 10 other people were missing, Luigi Patronaggio, the chief prosecutor of a team leading investigations into the deaths, told Reuters.

The migrants are believed to have started their journey in Tunisia, said Patronaggio, who is working with magistrates based in the Sicilian city of Agrigento.

"This latest tragedy in the Mediterranean is heartbreaking, I wonder what else has to happen to make Italy and Europe understand that we cannot go on like this," Lampedusa's mayor, Toto Martello, said.

Coastguard units managed to rescue about 46 other migrants from the 8-meter-long boat after it overturned, and bring them back to Lampedusa, officials said.

Arrivals in Italy - one of the main migrant routes into Europe - had been falling in recent years, but numbers picked up again in 2021.

Almost 19,800 migrants have arrived since the beginning of the year - many of them fleeing conflict and poverty in Africa and the Middle East - against just over 6,700 in the same period last year, Interior Ministry figures show.