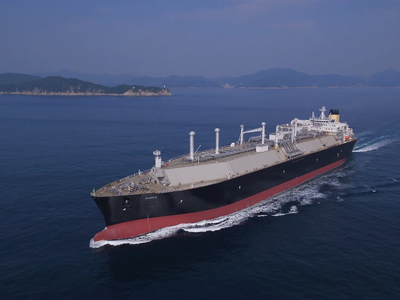 The launch of a massive liquefied natural gas (LNG) export project in Canada has finally fired the starting gun on a wave of plan approvals around the world, needed to avoid a supply crunch after 2020.

Royal Dutch Shell said it would export LNG from Western Canada by 2025 after approving a $14 billion project, hot on the heels of Qatar's commitment last week to expand its facilities.

The two announcements, adding 37 million tonnes a year (mtpa) to the 290 million tonnes traded in 2017, are just the start of project approvals - known as final investment decisions (FIDs) - that have been waiting in company drawers while LNG prices recovered from a three-year slump.

"We believe 2019 could be the busiest year of LNG FIDs ever," Wood Mackenzie's director of North America gas, Dulles Wang, said.

Despite a slump in global LNG prices between 2015 and 2017, many had long worried there would be a global supply gap at some point after 2020 due to broadly fast-rising demand and the lack of new export projects to produce corresponding supply.

Several projects that had been touted for years, such as Shell's LNG Canada venture, were put on the backburner.

LNG prices began climbing last winter and have since broadly stayed at four-year highs, seasonally, driven by China's policy-dictated shift to gas away from coal.

"If you look at the demand curve and the supply coming on stream, there are simply not enough projects that are being sanctioned or under development to meet demand by 2023-24," Shell's chief financial officer, Jessica Uhl, told reporters on Tuesday.

Shell's vote of confidence in these new market conditions now gives credence that projects with capacities of around 175 mtpa will be approved by the end of next year as planned, with most expected to be running by 2024.

Aside from these, projects with another 51 mtpa in the United States have already been approved and are expected to start operations between now and the end of 2021.

Forecasts vary, but LNG demand is expected to jump to about 360 mtpa by 2023, the International Energy Agency has said, while consultancy Wood Mackenzie is projecting 450 mtpa.

"There needs to be 200 mtpa LNG capacity authorized by 2025 to meet future demand – this is a colossal boom, a 42 percent expansion on the entire capacity installed since 1962," Bernstein analysts said in a research note.

"Ultimately, this is the start of a major LNG investment wave," Bernstein said.

Qatar Petroleum said it would build a fourth mega train, or production facility, with capacity of 32 mtpa to bring its supply to 110 mtpa by early 2023, more than twice China's consumption today and enough to feed China's demand that year.

Other large project approvals on the horizon include Novatek's Arctic LNG-2 project with 19.8 mtpa capacity after the Russian gas company's Yamal export facility started operations smoothly and quickly at the end of last year.

Two projects are planned in Mozambique backed by different commercial models: Exxon Mobil's, like LNG Canada, does not make use of long-term offtake agreements to finance it. The other is more conventional, operated by Anadarko.

A host of U.S. approvals are also anticipated, including from Tellurian for the 27.6-mtpa Driftwood project in the first quarter of next year, which is seen as a potential industry disruptor because of its LNG supply pricing models.