Another Ship Sent to Take Metal to Russia Arrives in Mariupol 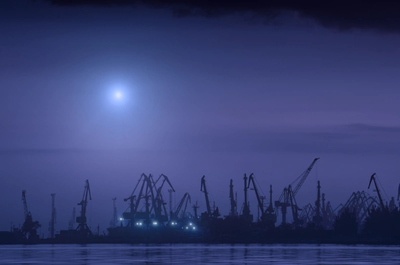 A ship sent to load metal and ship it to Russia has entered the Ukrainian port of Mariupol, TASS news agency reported on Saturday, the second vessel to arrive in the southeastern city since Russia completed its capture last month.

"The ship has arrived and is in the port," TASS cited a port authority representative as saying, adding that it was to be loaded with metal.

Earlier last week, a ship left Mariupol for Russia with a cargo of metal. Ukraine said the shipment from the port, whose capture gave Moscow an overland bridge linking mainland Russia and pro-Russian separatist territory to annexed Crimea, amounted to looting.

Russia seized full control of Mariupol earlier this month when more than 2,400 Ukrainian fighters were taken into custody after being ordered to stand down at the besieged Azovstal steelworks. Russia said in late May that the port had been de-mined and was open again to commercial vessels.

(Reuters - Reporting in Melbourne by Lidia Kelly/Editing by Mark Heinrich)