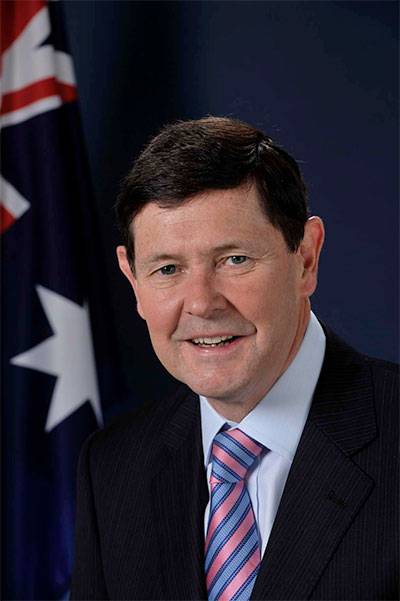 Labor’s indecision has left shipbuilding in a precarious and uncertain state
The Abbott Government is committed to a sustainable Australian naval shipbuilding industry. Sadly, years of neglect by the former Labor government has left shipbuilding in a precarious and uncertain state.
Labor’s ‘valley of death’ – which will soon be upon us – could have been avoided. For all their posturing, in six years they did not commission a single naval vessel from an Australian yard. Decisions on the replacement frigates for the ANZAC fleet and new submarines to replace the Collins Class should have been taken during the previous Government’s time. The shipbuilding job losses that are now occurring could have been avoided had the necessary decisions been made.
Although Labor’s valley of death cannot be overcome, its impact can be lessened. The Government is in the early stages of an ambitious program to procure around 40 naval surface ships and submarines over the next two decades. So we have to be in a better position to understand the ability of Australian shipyards, workers and suppliers to produce, deliver and sustain those vessels at the pace and in the order required by the ADF.
In September last year the Government commissioned the RAND Corporation to conduct a detailed review of the Australian naval shipbuilding industry. Their final report, Australia’s Naval Shipbuilding Enterprise: Preparing for the 21st Century, has found Australia could sustain a naval shipbuilding industrial base by carefully managing a continuous warship build strategy for our Future Frigates, with a regular pace of delivering new warships.
By adopting such a strategy the industry would no longer be characterized by a stop-start approach to naval shipbuilding. That approach has proved expensive, it gave no long-term certainty to workers, and didn’t enable industry to make the necessary investments, provide the necessary skill base, and build on construction improvements and skills.
In addition to the Future Frigate, the Government is progressing other projects that will create additional opportunities to move into a design, build, and sustainment phase for Australian shipbuilding. These include a fleet of Offshore Patrol Vessels to replace the Armidale class patrol boats, and the Australian manufacture of up to 21 Pacific Patrol Boats under the Pacific Maritime Security Program.
The Australian naval shipbuilding industry that will build our next generation of vessels needs to be a different industry to the one we see today. RAND has found that currently, the industry isn’t internationally competitive in terms of its productivity, and if this doesn’t change the industry won’t be sustainable. RAND also found that Australian taxpayers currently pay a price premium of at least 30 to 40 per cent greater than US benchmarks to build naval ships in Australia, and even greater against some other naval shipbuilding nations.
That premium is too high to make good economic sense and too high to enable a continuous build strategy to be adopted. The opportunity cost associated with the defense capabilities which could be foregone, as a result of paying that premium, are too great for any responsible government to consider.
This Government recognizes the significant value to our nation of having a skilled naval shipbuilding industry. We cannot afford to see this industry disappear. We have a vision for a long term, efficient and productive maritime industry in Australia which will provide high skilled jobs for young Australians for decades to come.
An enterprise-level Naval Shipbuilding Plan is being developed that will provide for the long-term future of the Australian naval shipbuilding industry. This plan is being informed by the expert, independent advice from the RAND review.
Part of that plan will involve establishing a new compact between the Government, Defense, and industry. For its part, the Government will provide a credible, fully costed, and properly funded ADF, as well as greater certainty to industry about key priorities and timeframes. On Defense’s side there needs to be improvements to acquisition practices to have more mature designs at the start of production and minimise changes during construction. However in return, Government has an expectation that, and the ADF has a critical need for, the Australian shipbuilding industry to become more productive and cost-effective.
This will require hard decisions with strong and visionary leadership to embrace and institutionalize the changes that will lead to an industry that is properly structured to operate effectively and drive efficiencies, and a commitment to a productivity-based culture from all parties – including unions. Our experience with the Air Warfare Destroyer project has underlined the need for a fully integrated approach.
The plans we are committed to developing will ensure that Australia has a sustainable naval shipbuilding industry that delivers the right capability, at the right time, and for the right price to the ADF – and supports shipbuilding jobs in Australia. The Government will work closely with industry to bring this about. The safety and security of all Australians demands no less.