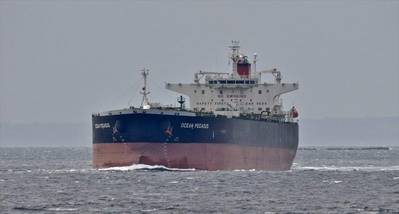 Last year, police had charged the 79-year-old former oil tycoon, better known as O K Lim, with two counts of abetment of forgery for the purpose of cheating.

The paperwork stated that Hin Leong had transferred cargoes of oil products to China Aviation Oil (Singapore) Corp between June 2019 and March 2020, the charge sheets showed.

Lim was also accused of abetting and conspiring with the employee to procure false records of oil quality inspection documents from employees of Amspec Testing Services Pte Ltd.

Lim turned up in court after three attempts by prosecutors to get him to appear for the additional charges to be read to him.

The frail-looking Lim arrived in a van, wearing a black cap and trousers with brown jacket, and had to be supported as he got into a wheelchair. His head hung down most of the time and he did not respond to questions from reporters.

Owned by Lim and his children Evan Lim and Lim Huey Ching, Hin Leong, set up in 1973, was once one of Asia's top oil traders.

But it failed in a year-long effort to restructure debt of about $3.5 billion after an oil crash in the wake of the coronavirus pandemic bared huge losses.

Lim admitted in a court document last year to directing the firm not to disclose losses running into hundreds of millions of dollars over several years.