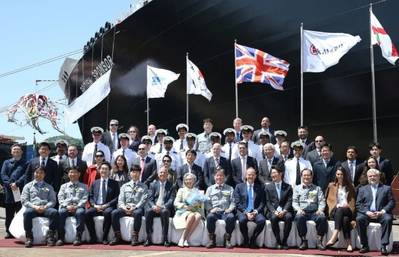 Each ship can carry a cargo of LNG equivalent in volume to 69 Olympic sized swimming pools and they deliver this low carbon energy to customers with 20% less CO2 emissions when compared to industry benchmarks.

"The technology on-board these vessels places BP Shipping as a technical leader in LNG transportation," the company claimed.

"The ships have been proven to exceed expectations in terms of operational flexibility, efficiency and reduction of waste. From a business benefit perspective, the ships are already confirmed as being 25% more efficient than industry benchmarks at the time of contract award and they are the first BP Shipping LNG carriers to be accredited under BP’s Advancing Low Carbon programme," it added.