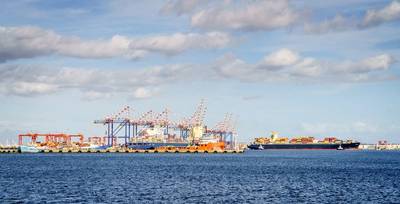 South African police have seized close to a ton of cocaine worth almost 600 million rand ($40 million) from a ship off the Saldanha coast, close to Cape Town, in one of the country’s largest drug busts, authorities said on Tuesday.

In an intelligence-driven operation, police and tactical forces boarded the vessel on Monday evening and found 973 blocks of compressed cocaine in three compartments of the unnamed ship.

“It is one of the biggest busts in the country,” Brigadier Novela Potelwa told Reuters.

She said 10 suspects, four Bulgarians and six from Myanmar, were arrested and are expected to appear in a local court on charges of dealing in drugs worth an estimated 583 million rand.

Potelwa said investigations were continuing to determine the origin of the drugs, as well as their intended destination.