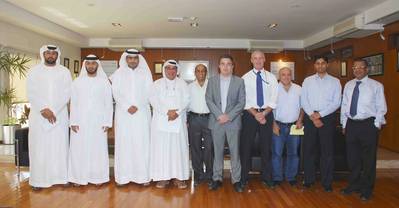 Dubai Maritime City Authority (DMCA), the government entity in-charge of regulating and supervising all aspects of the maritime sector in Dubai, has announced that it is leading a new initiative that seeks to establish a professional bunkering standard in the UAE. DMCA has further revealed that it has gathered key stakeholders in the UAE bunkering industry, including maritime bunker regulatory licensing bodies, ship owners, operators, charterers, bunker suppliers, bunker craft operators, and bunker surveyors, to draft the professional bunkering standard.

The main objective of the bunkering standard is to ensure that the correct quantity is delivered safely, in an environmentally sustainable manner and that quality and efficiency are rewarded. DMCA has been collaborating with the Ministry of Environment and Water as well as the UAE Shipping Association, a private sector organisation of UAE shipping concerns, to discuss the progress of the work. It has also been working closely with Department of Transport representatives in Abu Dhabi and Sharjah, as well as advisers from Shell, DNV and VISWA Lab to fast track the project.

Captain AlHayyas, Special Projects Manager, Dubai Maritime City Authority, said: “In light of the MARPOL Annex IV changes that come into force I January 2012 there is an urgent need to establish a unified bunkering standard in the UAE, which will be a key factor in stabilising the quality of bunkers, while helping enforce more stringent regulations that will minimise the environmental footprint and enhance safety in the bunkering industry. Dubai Maritime City Authority has taken the lead in bringing together public and private sector representatives to establish a UAE bunker standard, in line with our commitment to protect and uphold the interest of all stakeholders in the maritime sector. The bunker standard will also be crucial in promoting the sustainable growth of the bunkering industry, which plays a very important role in the national economy.”

Dubai Maritime City Authority has pointed out that the bunker standard will serve as an important tool in minimizing bunkering disputes by establishing a dispute resolution process that will benefit all stakeholders in the UAE bunkering industry. It will also provide annual reporting goals for the industry based on jointly developed KPIs. The bunkering standard will also be drafted in accordance with local and national environmental regulations, particularly with regards to pollution control.