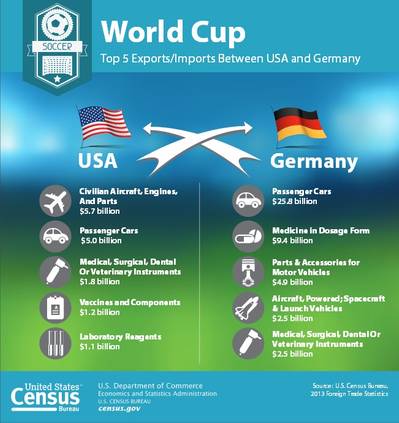 In honor of today’s World Cup match between the United States and Germany, a new graphic from the U.S. Census Bureau shows foreign trade statistics for the top five exports and imports between the two nations in 2013.