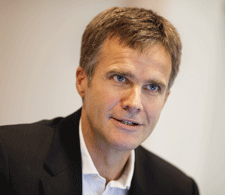 "Statoil delivered strong financial results in the third quarter of 2011, reflecting operational performance in line with expectations and strong oil and gas prices throughout the period," says Helge Lund, Statoil's chief executive officer. Statoil presented the long term strategy and long term growth outlook on its capital markets day in June 2011, where revitalisation of the NCS with high value barrels and expansion in unconventionals are among key building blocks.

"The giant Aldous/Avaldsnes discovery clearly reaffirms the strong potential of the Norwegian continental shelf, and we continue our long-term effort to position Statoil as an industrial player and operator within unconventionals through the offer to acquire all shares of the Brigham Exploration Company," says Lund.

The quarterly result was mainly affected by a 30% increase in the average prices for liquids measured in NOK, a 13% increase in average gas prices, a 13%increase in lifted volume compared to the same period last year, and a net impairment loss of NOK 4.8 billion mainly related to the refinery business. Net income in the third quarter of 2011 was NOK 9.9 billion compared to NOK 13.8 billion in the same period last year. The decrease stems primarily from lower gain on net financial items and higher tax rates, and was only partly offset by higher net operating income. The tax rate for the quarter was 76.6%.

Repair to Oil Pipe that Shut U.S. Offshore Output Due by End of Day

Crews were expected to replace a damaged oil pipeline piece by the end of the day on Friday, a Louisiana port official said…