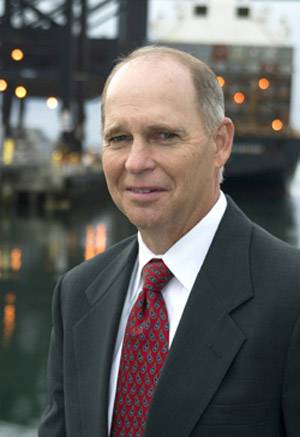 The U.S. House Energy & Water Appropriations Subcommittee, chaired by Representative Rodney Frelinghuysen (R-N.J.), today approved its fiscal 2013 funding bill for the U.S. Army Corps of Engineers, including a $1 billion draw from the Harbor Maintenance Trust Fund for maintaining America’s deep-draft navigation channels and harbors. This would be the largest regular annual appropriation for navigation maintenance.

“While still less than the need for full use of the Harbor Maintenance Tax (HMT), this funding level marks a significant achievement in AAPA’s longstanding efforts to ensure that the HMT is fully utilized to maintain our nation’s federal navigation channels at their authorized, and required, dimensions,” said AAPA President and CEO Kurt Nagle. “We appreciate the efforts of Chairman Frelinghuysen and the subcommittee for recognizing this important national priority and increasing the funding level for maintenance dredging.”
The annual revenue collected from the HMT is approximately $1.5 billion.

In recent letters to both the House and Senate budget committees, AAPA urged Congress to utilize 100 percent of the Harbor Maintenance Tax for its intended purposes, rather than allowing the money to build up in the already bloated Harbor Maintenance Trust Fund, which is estimated will contain nearly $7 billion by the end of fiscal 2013.

Last fall, AAPA Chairman of the Board Jerry Bridges, who serves as executive director of the Virginia Port Authority in Norfolk, testified before the House Transportation & Infrastructure Water Resources and the Environment Subcommittee about the importance of maintaining federal channels to prepare for 21st century trade realities. In that testimony, he stated the federal government has a unique Constitutional responsibility to maintain and improve the infrastructure which enables the flow of commerce. He went on to say that much of the infrastructure in and around our nation’s seaports has long been neglected, affecting ports’ ability to move cargo, which hurts U.S. businesses, workers and the national economy.