Sultan Qaboos Port to Call a Stop on Cargo Trade 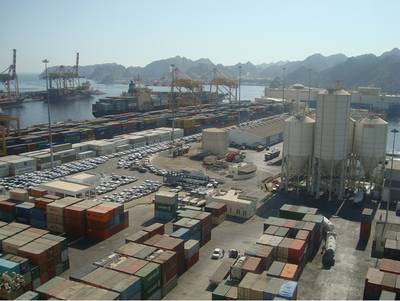 In a decisive move to convert Oman's Sultan Qaboos Port into a tourism hub August 31, 2014 would be the deadline for receiving container, cargo, vehicle carriers and other vessels carrying project material at the port, reports the Times of Oman, citing Minister of Transport and Communications, Dr Ahmed bin Mohammed Al Futaisi.

The directive comes in response to the Royal directives of His Majesty Sultan Qaboos bin Said to convert the Sultan Qaboos Port into a tourist port and transfer all commercial activities to the Sohar Industrial Port.

In consequence of the decision, all such commercial activities would be shifted to the Sohar Industrial Port. The last four months of 2014 would be devoted to clearing all goods at the port's warehouses and yards.

The Minister of Transport and Communications has urged traders, manufacturers and companies operating in shipping, import, export, custom clearance, transport, agencies, insurance companies, warehousing and distribution sectors to abide by the deadline for receiving commercial vessels at the port. He urged them to clear all the goods stored in the yards and warehouses by no later than December 31, 2014.

Source: The Times of Oman