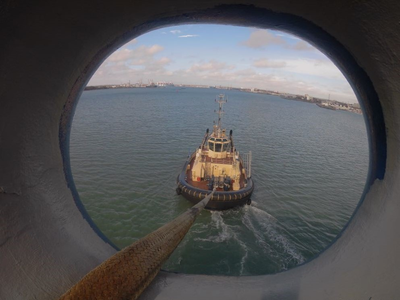 Svitzer has announced the purchase of the Dutch tugboat Mercurius, which has been renamed to Svitzer Mercurius and reflagged to the UK.

The tug will be deployed in the Port of Southampton, where the tug increases the company’s fleet in Southampton to six vessels with a collective bollard pull of 415 tons.

Built by Damen in 2014, the ASD 3212 tugboat has a strong bollard pull of 82 tons and a top speed of 14 knots, powered by two main and two auxiliary engines supplied by Caterpillar. The Damen 3212 design is a multifunctional vessel with a wide range of applications; boasting   excellent escort capabilities which make the vessel a considerable asset to the work Svitzer carries out in Southampton.