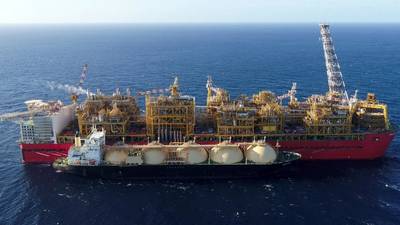 Nature-based carbon credits have been used to compensate the full carbon dioxide (CO2) emissions generated – from exploring for and producing the natural gas, to use by the final consumer.

The cargo, which was delivered at the Yung-An LNG Receiving Terminal, will provide enough carbon neutral LNG to power nearly 150,000 homes for a year.

Credits used for this deal are purchased from Shell’s global portfolio of nature-based projects, including the Katingan Peatland Restoration and Conservation Project in Indonesia, the Cordillera Azul National Park Project in Peru and The Form Reforestation Project in Ghana.

Nature-based projects protect, transform or restore land and enable nature to add oxygen and absorb CO2 emissions from the atmosphere. Each carbon credit is subject to a third-party verification process and represents the avoidance or removal of 1 tonne of CO2.

“We are very happy to be partnering with CPC to further extend our carbon neutral LNG offer,” said Slavko Preočanin, Vice President Shell LNG Marketing & Trading. “Using nature-based offsets in conjunction with LNG will help CPC to address their own emissions today and support the needs of their end customers looking to decarbonize their energy use.”

The transition to a low-carbon energy future requires a range of solutions, including natural gas – which emits between 45 and 55% fewer greenhouse gas emissions and less than one-tenth of the air pollutants than coal when used to generate electricity – wind and solar, biofuels, batteries and hydrogen. Nature-based carbon credits also have a role to play in addition to robust decabonization across the global energy system.