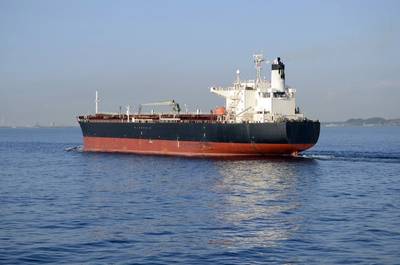 The Long Range (LR) 2 tanker market in the East of Suez has been languishing in the doldrums for almost two weeks. LR2 rates on the AG/Japan route, basis 75 kt, nosedived from w120 at the beginning of January to current levels of w80. Earnings for a round voyage on the benchmark route are hovering around barely breakeven levels at $2,000/day. A slew of refinery outages which have lowered CPP exports as well as a pile up of prompt tonnage in the region have culminated in the perfect storm.

The backwardated Asian naphtha market is in particular facing reduced supply on the back of lower Western arb volumes as well as Indian exports, weighing on freight rates. February inflows from the West are expected to come in at 900kt, down by 40 percent from last year while March volumes are likely stand at 1mmt, around half of last year’s. February Indian naphtha exports are expected to account for around 280 kt, down by 26 percent y-o-y. The commissioning of Reliance’s 2.2 mmpta aromatics PX plant in Q1 may further dampen Indian exports.

Strong Asian diesel demand and lower supplies has kept the East-West arb closed, leading to less vessels moving along the AG/Europe routes. This has in return pressured LR2 rates, with rates for the AG/UKC route plummeting to a multi-year low of $1.25 million.

Ample Ship Supply
The Asian LR2 segment is facing a lengthy list of prompt tonnage, with around 40 LR2s available for loading in the AG in the next three weeks. At least 18 newbuilds are expected to be delivered over Q1, which is likely to drag down freight rates.

The worst does not seem to be over. With upcoming peak refinery maintenance in Asia over March and April, there is room for LR2 rates to soften further unless there is an influx of cargoes.


The Author
Rachel Yew is a Singapore based commodity and freight research analyst at Ocean Freight Exchange.