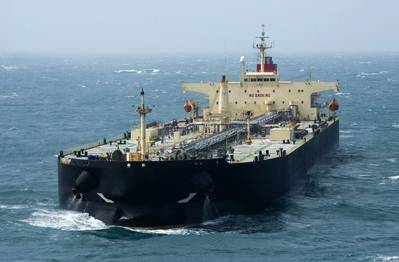 Tanker charter rates have plunged more than 80% as the coronavirus outbreak slams the brakes on major economies, costing the sector hundreds of millions of dollars in lost business, a senior shipping industry official said.

While some of the revenue is gone for good, a trade rebound could put the sector back into calmer waters later this year, International Chamber of Shipping (ICS) Secretary General Guy Platten told Reuters in an interview on Wednesday.

The ICS is the main trade association for merchant shipowners and operators, representing more than 80% of the world's merchant fleet.

Platten called the outbreak of the COVID-19 virus "hugely disruptive" for the shipping sector, triggering a massive decrease of raw material imports in economic powerhouse China because factories had stopped and are only starting to recover.

"On the finished goods side of it you've got empty containers for example in China and you've got a shortage of containers in the (United) States because the manufactured goods are not getting out of China and being transported round the world. It's affecting all the supply chain throughout the shipping industry," he said.

It was hard to estimate the overall cost to the sector, he said.

"All we know is that there has been an absolute plunge in rates for various classes of ship ... We know that container lines are doing empty sailings. It would be hundreds of hundreds of millions of dollars (that) would be in jeopardy now," he said.

"In the tanker sector we know that rates have fallen by over 80% just in that one area alone," Platten added.

Platten was in Geneva to meet World Health Organization officials leading the international response to the outbreak that has infected around 80,000 people and killed more than 2,700, mostly in China.

He said cruise lines were acting responsibly, citing their medical teams on board and awareness of how to handle infectious diseases.

Separately, the German shipowners' association VDR told its annual news conference in Hamburg that terminal operations in Chinese ports were not going smoothly because truck drivers and port workers were missing.

Container ships' round trips through Chinese ports were being increasingly cancelled because of low load levels. Shipowners have asked staff to stay on board and wear face masks, VDR said.

Crews were not being swapped in China, and ships were not receiving and loading food during Chinese port stays, it added.