Tankers Flock to US as Freight Rates Surge 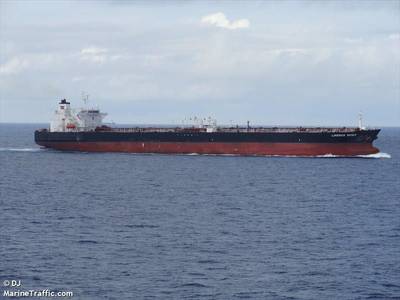 A flotilla of oil tankers is sailing empty from Europe and the Mediterranean toward the U.S. Gulf Coast to take advantage of surging shipping rates, according to shipping sources and Refinitiv Eikon data on Monday.

Eight tankers, an unusually high number, are in the Atlantic and steaming to the United States, with capacity of up to 5.6 million barrels of oil combined, the people said. Freight rates for Aframax vessels out of the U.S. Gulf coast hit record levels last month, drawing more vessels to the region.

The United States exported a record 4.46 million barrels of crude oil per day (bpd) in the week ended Dec. 27, according to the U.S. Energy Information Administration, as shale producers continued to deliver more oil than U.S. refiners can consume.

Clearlake Shipping, a subsidiary of trader Gunvor Group, provisionally booked the vessel Chrysanthemum at a shipping rate of 420 world scale points, or about $120,000 per day, but the agreement fell through on Monday, the people said.

It would have set a new record for an oil tanker chartered from the U.S. Gulf Coast to the Caribbean. Last month, Equinor ASA and Unipec, the trading arm of China's top refiner Sinopec, booked two vessels around $60,700 per day, out of the Gulf Coast.

U.S. oil producer Occidental Petroleum Corp on Monday tentatively booked the Aframax vessel Seajewel at a rate of 370 world scale points from the U.S. Gulf Coast to the east coast of Canada, according to shipbrokers and Refinitiv Eikon data.

Occidental did not immediately respond to a request for comment.

The seven other empty tankers in addition to Chrysanthemum due to arrive in the Gulf Coast this month are: Parthenon TS, Umlma, Ryman, Saga, Solomon Sea, Sigma Triumph and Limerick Spirit, according to shipbrokers and Refinitiv Eikon data.

Clearlake and the owners and operators of the incoming vessels did not immediately respond to requests for comment or could not be reached for comment.

Because of a lack of available tankers, the cost of reverse lightering, or using smaller vessels to transfer cargoes to larger ships at sea, have vaulted to around $1.80 per barrel, or $900,000 per vessel, about three times higher than usual, according to two of the shipbrokers.