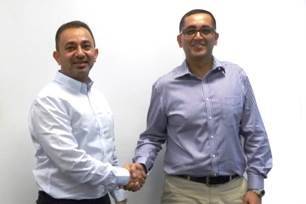 V.Ships, the ship management arm of global maritime services provider V.Group, has recently completed the transfer of the rapidly growing Pioneer fleet of geared dry bulk carriers into its management portfolio.
Pioneer Marine Inc, a fleet owner of some one million deadweight of tonnage, currently operates 13 operational handysize and handymax dry bulk ships on the water with another 12 ships currently under construction in China.
Initially contracted in August 2014 to manage three of Pioneer’s vessels, V.Ships has since conducted a seamless transfer of the remaining operational fleet (on water), with another three new Green Dolphin (RT Flex) vessels scheduled for completion and integration later in 2015.
Headquartered in Singapore, Pioneer trades on the Norwegian OTC under the name PNRM.
Pankaj Khanna, CEO Pioneer Marine Inc said, “From early beginnings less than a year ago, Pioneer and V.Ships India have rapidly developed a trusted relationship which has seen V.Ships assume the full third party management of our entire fleet of vessels. This significant development has given V.Ships the opportunity to handle day to day management of the fleet, resulting in reduced costs and improved operational performance for Pioneer.”
Since opening in 2007, V.Ships India has seen growth of the Indian and foreign flag fleets under its management. With more than 100 employees, the Chennai operation is being developed as a Center of Excellence within V.Group.