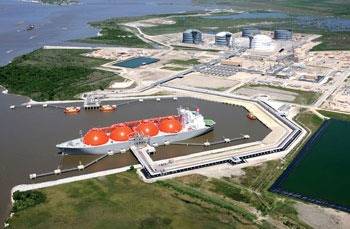 Under the terms of the agreement Total has agreed to purchase 91,250,000 MMBtu of LNG annually plus 13,500,000 MMBTU of seasonal LNG volumes upon the commencement of train five operations.  These volumes represent approximately 2.0 million tonnes per annum ("mtpa") of the approximately 4.5 mtpa of nominal capacity of train five being developed at Sabine Liquefaction.

Under the SPA, Total will purchase LNG on an FOB basis, under which LNG will be loaded onto Total's vessels, for a purchase price indexed to the monthly Henry Hub price plus a fixed component.  The SPA has a term of twenty years commencing upon the date of first commercial delivery for train five, and an extension option of up to ten years.  Deliveries from train five are expected to occur as early as 2018.

Brian E. Clark will take over as Executive Director of the North Carolina State Ports Authority following the retirement of Paul J.

MacGregor, part of Cargotec, reports it has secured an order to provide cargo handling cranes for four 62,000 dwt general…