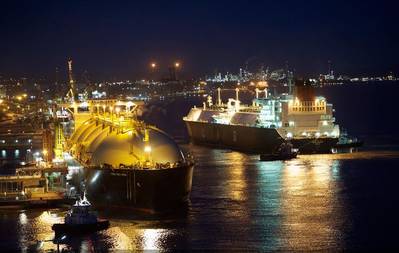 Workers at Elengy's three liquified natural gas (LNG) terminals in France have voted to stage two 24-hour strikes on Thursday and next Tuesday as part of nationwide protests against a labour reform bill, a CGT union official said on Wednesday.
The strikes will halt unloading of LNG tankers and reduce production of gas for the grid to minimum levels, the official told Reuters.
A previous stoppage last month had already disrupted activity at the terminals before unloading operations resumed last Friday, the official said.
(Reporting by Valerie Parent, writing by Gus Trompiz, editing by Sybille de La Hamaide)