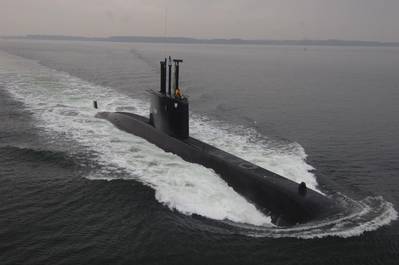 Diversified German conglomerate ThyssenKrupp AG has initiated talks to partner Anil Ambani-led ADAG in building up to 12 submarines in a contract expected to be worth Rs50,000 crore ($7.6 billion), reports PTI.

ThyssenKrupp, the Germany-based 41-billion euro company, is one of the aspirants and is banking on positive government-to-government talks when German Chancellor Angela Merkel visits India later this month.
"We are at early stage (of talks). All I can say is we have the right product to make in India. This is our offer to India and also let's say our customer," said Oliver Burkhard, executive board member and the person responsible the India region at the company.
"We have the right kind of products and we are ready to make them in India," he added.
Burkhard confirmed that he met Anil Ambani in Mumbai last month and held talks on a possible joint push.
Players such as L&T and Mazagaon Dock Ltd are also said to be in the race for the contract, for which the Indian Navy is yet to issue a request for proposal (RFP).
Burkhard expects RFP for six submarines initially, followed by another six. Company officials said it would take five to six years to build a submarine.

Vestdavit to Deliver Boat-handling Systems to US Navy