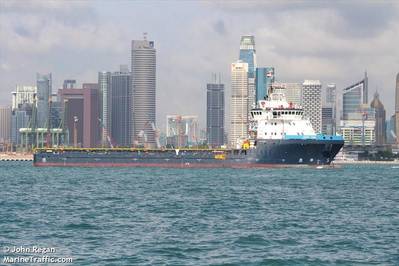 Rubio has been promoted to Executive Vice President and Chief Financial Officer, following his accomplishments serving as the Company’s Chief Accounting Officer and Controller since joining Tidewater following the combination with GulfMark Offshore, Inc. in 2018.

Darling has been promoted to Executive Vice President and Chief Operating Officer, after leading Tidewater's organizational restructuring in the role of Chief Human Resources Officer since joining Tidewater in early 2018.

"He has contributed to the development and implementation of numerous operational and performance enhancing initiatives over the past several years, and in his new role he will be responsible for global vessel operational uptime and cost efficiency, including dry dock activities and the optimization of the fleet in lay-up," Tidewater said.

Darling has over 25 years of domestic and international human resources and operations leadership experience, including serving as GulfMark Offshore’s Chief Human Resources Officer prior to joining Tidewater. He also held various executive human resources roles at Rigdon Marine, a subsidiary of Ford Motor Company and gained offshore vessel industry experience as a vessel master and operations manager.  Darling earned his Bachelor of Science in Human Resources Management from Brenau University and his Master of Science in Human Resources Management and Labor Relations from the New York Institute of Technology.

"The leadership and ingenuity these two individuals have demonstrated by helping to reshape our operations in response to the pandemic epitomizes the Tidewater culture. For all intents and purposes, Sam and David have been performing in these roles since early 2020 – and these promotions recognize and reward them for their valuable contributions.”

"Since the 2018 merger with GulfMark Offshore, Sam has served as the company’s Chief Accounting Officer and has been instrumental in the design and implementation of our new accounting and financial infrastructure. Sam drove the significant cost savings and increase in administrative efficiency the company has demonstrated following the merger and was instrumental in adjusting the shore base organization to reflect the changing market conditions.

"The company also reduced long-term debt by over $250 million since the merger, and Sam will lead the continued management of our industry-leading balance sheet. Sam was previously the Chief Financial Officer of GulfMark Offshore and brings 16 years of industry experience, as well as 40 years of accounting and finance experience, to the role.

"David has over 30 years of experience in offshore vessel industry operations. He began his career as a vessel Captain in 1984 and first joined Tidewater upon its merger with Zapata Gulf Marine in 1991. David assumed executive responsibility for our safety program for 2020 and we achieved the best annual safety record in the history of the company with no loss time incidents for the year.

"He also has been instrumental in the implementation of our revised geographic footprint, reducing operating locations while simultaneously increasing operational efficiency. David has served in multiple executive roles and has been stationed in multiple countries around the world for Tidewater, GulfMark Offshore, and Zapata Gulf Marine. David is a demonstrated leader in the offshore industry and his experience as a vessel Captain gives him unmatched insight into day-to-day operations.”