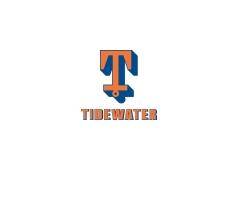 Included in net earnings for the March 31, 2011 quarter are:

•    a $6.3 million ($6.3 million after-tax, or $0.12 per common share) charge to general and administrative expenses related to a previously disclosed settlement with the Federal Government of Nigeria.
•    a $3.9 million ($3.0 million after-tax, or $0.06 per common share) impairment charge included in “Gain on asset disposition, net” related to a write-down to estimated fair market value of eleven vessels and related parts inventory that are expected to be sold to a scrap dealer.
•    an effective income tax rate for the quarter of 52.6%, in part reflecting the impact of the two previously discussed charges which have virtually no related tax benefits. The quarterly effective tax rate also reflects an increase in the Company’s estimated annual effective tax rate exclusive of discrete items (including the two discussed above) from approximately 23% to the final fiscal 2011 effective tax rate excluding discrete items of approximately 26%. The impact of this increased tax rate on fourth quarter diluted earnings per share totaled $0.10, with $0.02 per common share pertaining to fourth quarter earnings and $0.08 per common share related to the cumulative effect on income tax expense related to the three prior quarters’ earnings.

Included in net earnings for the March 31, 2010 quarter are:

•    a $5.4 million ($3.5 million after-tax, or $0.07 per common share) reduction of the previously recorded “Provision for Venezuelan operations, net” as a result of net collections from insurance underwriters for the insured value of the vessels seized earlier in fiscal 2010 by Petroleos de Venezuela, S.A. (PDVSA) and an affiliate of PDVSA.
•    an $11.0 million ($11.0 million after-tax, or $0.21 per common share) foreign exchange gain recognized as a result of the devaluation of the Venezuelan Bolivar fuerte during the quarter.
•    an $11.4 million ($11.4 million after-tax, or $0.22 per common share) charge to general and administrative expenses related to an agreement in principle the company reached with the staff of the Securities and Exchange Commission to resolve issues associated with the previously disclosed internal investigation.