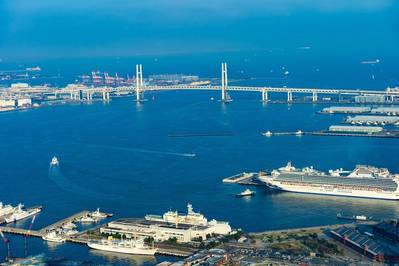 Japan’s port of Tokyo will waive an entry fee from next month for ships powered by liquefied natural gas (LNG) and hydrogen, as well as LNG bunkering ships, in a bid to promote the use of cleaner marine fuels, authorities said on Friday.

The exemption runs for five years from April 1, and an official of the Tokyo metropolitan government said the neighboring ports of Yokohama and Kawasaki would also apply it to LNG-powered and LNG bunkering ships.

“The waiver is aimed at contributing to global efforts to boost use of cleaner fuels and support faster development of hydrogen-powered ships,” the official said.

The move was initially announced on Thursday.