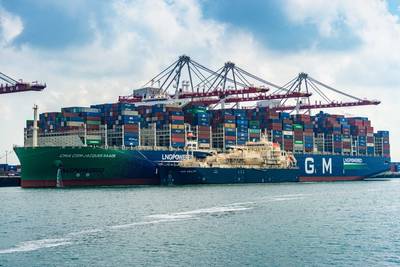 The world’s largest LNG bunker vessel in operation, Total’s Gas Agility, completed on Friday evening, April 30th, at the Port of Dunkirk the refueling of the world’s largest containership powered by LNG, the CMA CGM Jacques Saade, with around 16,400m3 of LNG.

Co-financed by the European Union under the Connecting Europe Facility (CEF) - Transport Sector, the overall project objective is to promote the decarbonization of maritime transport by deploying a scale-up LNG bunkering solution in North Europe.

Total said that key investments, critical to enable the operation, had been made within the framework of the project to boost the Dunkerque LNG terminal’s capabilities in offering small-scale LNG services. 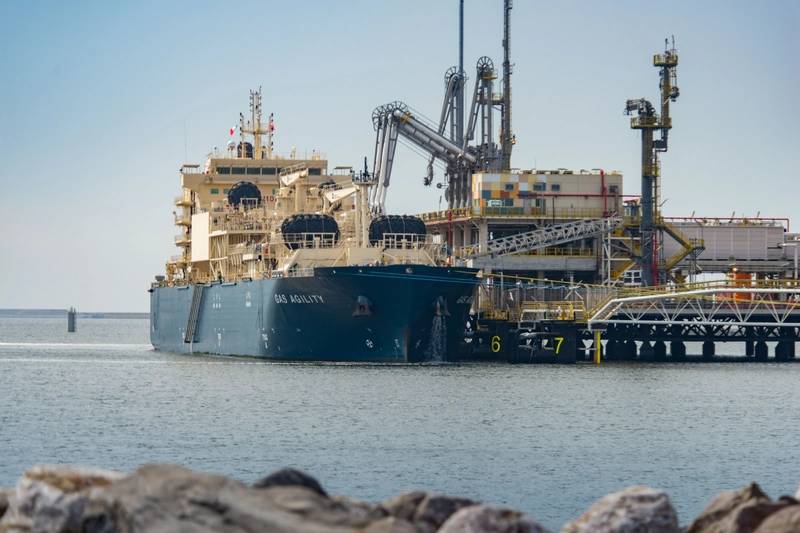 "Amongst various developments, an existing terminal jetty was adapted to allow the provision of LNG loading to LNG bunkering vessels. Additionally, leveraging the expertise and experience of the consortium partners and the involvement of the Port of Dunkirk, all relevant LNG loading and bunkering procedures were developed in compliance with safety regulations," the company said.

"Finally, this successful operation is an added testament to the Gas Agility’s operational excellence. Since commencing operations in November 2020, the LNG bunker vessel has delivered more than 160,000 m3 of LNG bunker in Rotterdam where she is based. She is designed to serve a broad range of vessels from various segments, including CMA CGM’s 23 000 TEUs LNG-fuelled container ships," Total added.

According to Total, by 2022, the Gas Agility’s sistership, another 18,600 m3 newbuild LNG bunker vessel, will join Total’s LNG bunker fleet to serve the Mediterranean region. Simultaneously, Total will share the use of a third bunker vessel in Singapore.

“We are pleased to partner with Dunkerque LNG for this unprecedented operation, and to showcase the agility of our LNG bunkering solutions to serve the Northwestern Europe market,” said Jérôme Leprince-Ringuet, Vice President Marine Fuels at Total. “It also reinforces our confidence in the role of LNG for shipping’s energy transition. We will continue to grow our LNG bunker supply network, to help our customers take advantage of the confirmed reduction in greenhouse gases of up to 23% and its significant air quality benefits.”

"We are proud of this successful first operation. Our teams performed the loading with a high level of safety as they always do,” commented Olivier Heurtin, CEO of Dunkerque LNG. “Thanks to a close cooperation with Total, this new chapter showcases the terminal’s commitment to provide the infrastructure and the services to unlock LNG as an alternative low-emission fuel for ships and heavy-duty road transport”.

A new liquefied natural gas (LNG) bunkering vessel was christened in the Port of Antwerp on March 23.The new vessel, named FlexFueler 002…