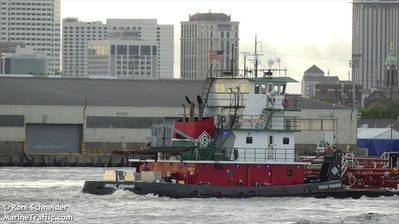 The U.S. Coast Guard said it is monitoring a barge with heavy fuel oil aground after a two towboats collided near Plaquemine, La., at mile marker 43.5 on the Port Allen route of the Gulf intracoastal waterway.

The waterway was closed at mile marker 43.5 to all vessel traffic, and oil was transfer from the barges on Sunday.