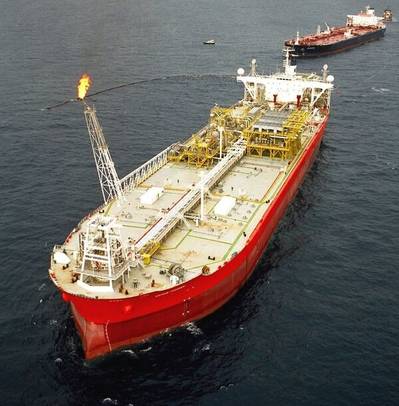 "At 13:30 local time today, an incident occurred whilst work was being performed in a cargo tank onboard the FPSO Espoir Ivoirien operating on the Espoir field offshore the Ivory Coast. Two fatalities have been confirmed as a consequence of the incident, which was caused by a leakage of hydrocarbons into the tank where the work was being performed," BW Offshore said.

"Next of kin have been informed. Production has been shut down and the leak has been contained within the cargo tank, with all personnel accounted for," BW Offshore added.

The FPSO is operated by BW Offshore for CNR International.

"This is a tragic day for the families of the men we have lost, and our hearts go out to them," said Marco Beenen, the CEO of BW Offshore.
According to World Energy Reports (WER), the FPSO has been producing oil at the Espoir field since February 2002.

WER FPSO Database shows that the current lease for the FPSO ends in the second quarter of 2022, but that there are extension options included.

Yemen's Houthi forces fired drones and missiles at the heart of Saudi Arabia's oil industry on Sunday, including a Saudi…