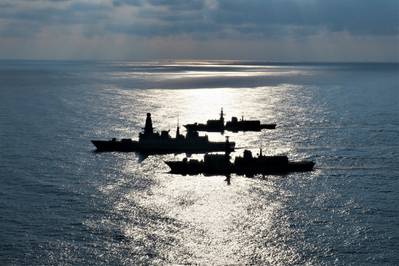 The U.K. Royal Navy recently trialed the use of artificial intelligence (AI) technologies at sea to counter supersonic missile threats.

The operational experiment was carried out on the Type 45 Destroyer (HMS Dragon) and Type 23 Frigate (HMS Lancaster), using the AI applications Startle and Sycoiea as part of Exercise Formidable Shield, which wrapped up on Thursday off the coast of Scotland.

As part of the Above Water Systems program, led by Defense Science and Technology Laboratory (Dstl) scientists, the AI improves the early detection of lethal threat, accelerates engagement timelines and provides Royal Navy Commanders with a rapid hazard assessment to select the optimum weapon or measure to counter and destroy the target, the Navy said.

"It’s vital that our brave and highly skilled Armed Forces stay ahead of the game for the security of the United Kingdom and our allies," said Scottish Secretary Alister Jack. "The Royal Navy’s use of AI for the first time at sea is an important development in ensuring readiness to tackle threats we may face. I’m proud to see that two Scottish built Royal Navy vessels are at the heart of this exercise in the waters off the Hebrides."

The U.K. Defense Science and Technology Laboratory (dstl) has worked with industry partners Roke (Startle App), CGI (Sycoiea App) and BAE Systems to ensure the new AI based applications work alongside existing radar and combat management systems. The Startle AI system is designed to help ease the load on sailors monitoring the ‘Air Picture’ in the Operations Room, providing live recommendations and alerts, while the Sycoiea system builds upon this with Threat Evaluation and Weapon assignment identifying the nearest threat and how best to deal with it.

Dstl’s Program Manager, Alasdair Gilchrist MBE said, "Dstl has invested heavily in the systems that are installed at the moment, but it’s imperative that we continue to invest to make sure that the Royal Navy remains relevant now and in the future.

"Being able to bring AI onto the ships is a massive achievement, and while we can prove the AI works in the labs, actually getting Navy personnel hands on is brilliant."

As outlined in the recent Defense Command Paper, the MOD is committed to investing in AI and increased automation to transform capabilities as the Armed Forces adapt to meet future threats, which will be supported by the £24 billion ($34 billion) uplift in defense spending over the next four years. 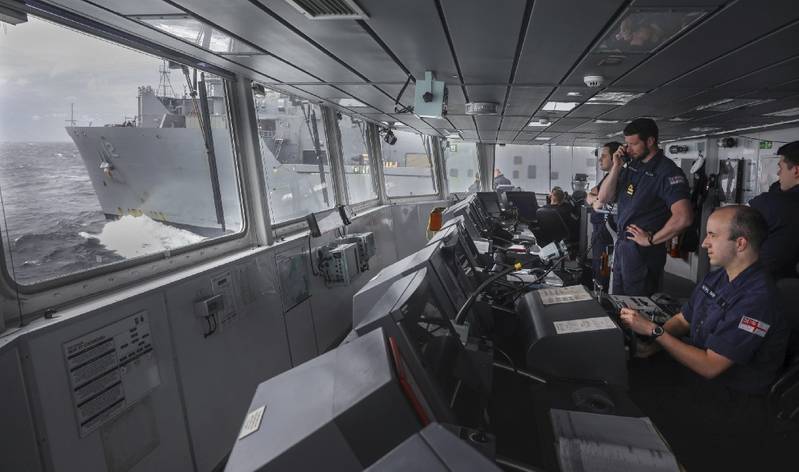 HMS Lancaster and HMS Dragon tested the use of AI as part of a glimpse into the future of air defense at sea, said HMS Lancaster’s Weapon Engineer Officer, Lieutenant Commander Adam Leveridge: "Observing Startle and Sycoiea augment the human warfighter in real time against a live supersonic missile threat was truly impressive—a glimpse into our highly-autonomous future."

Held every two years, Exercise Formidable Shield is Europe’s biggest and most complex air and missile exercise. Designed to improve allied interoperability and capabilities, it is a three-week exercise that carries out live-fire Integrated air and missile defense activity with more than 15 ships, 10 aircraft and around 3,300 military personnel from around the world taking part.

Using NATO command and control reporting structures, 10 nations took part in the exercise this year, including Belgium, Denmark, France, Germany, Italy, the Netherlands, Norway, Spain, the U.K. and the U.S. It ran until June 3 and was led by Naval Striking and Support Forces NATO on behalf of the U.S. Sixth Fleet.