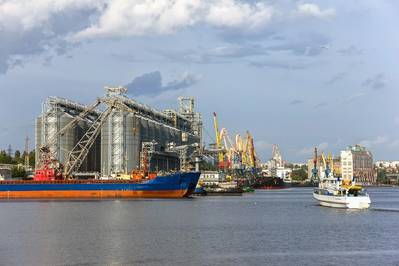 Most of Ukraine's grain exports last week headed to Egypt, Spain and Ireland.