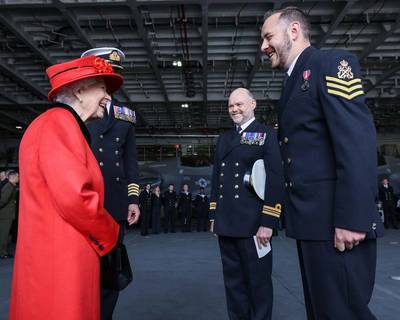 Britain's Queen Elizabeth visited the country's new aircraft carrier on Saturday, named in honor of Elizabeth I, before it leads a flotilla of Royal Navy ships to Asian waters on its maiden operational voyage.

The queen, aged 95, stepped aboard the HMS Queen Elizabeth in Portsmouth, seven years after she named the vessel alongside her late husband Prince Philip who died last month.

It will lead the flotilla alongside two destroyers, two frigates, a submarine and two support ships on its journey of 26,000 nautical miles over 28 weeks. The group will be joined by a U.S. destroyer and a frigate from the Dutch navy.

The group will sail through the contested South China Sea, parts of which are claimed by China and South East Asian countries, on its way to the Philippine Sea. The ships will also stop in India and Singapore.

British Prime Minister Boris Johnson has said the deployment will help to project British soft power such as a belief in democracy and the rule of law. 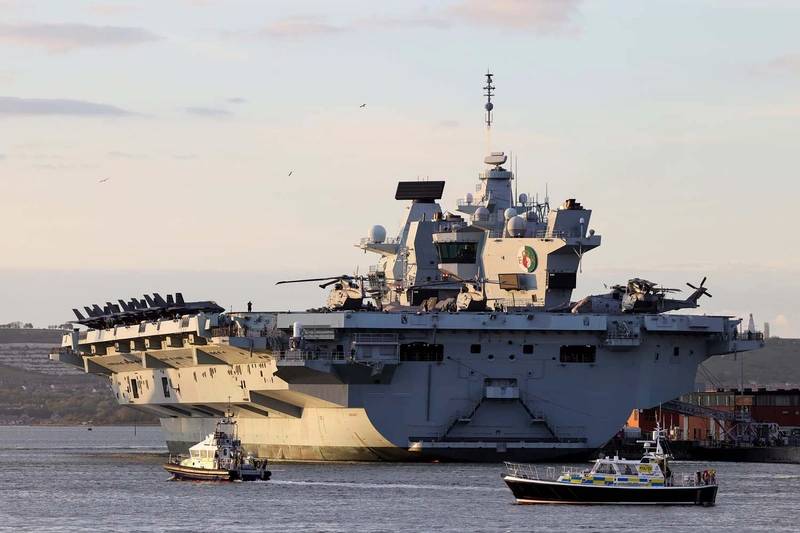