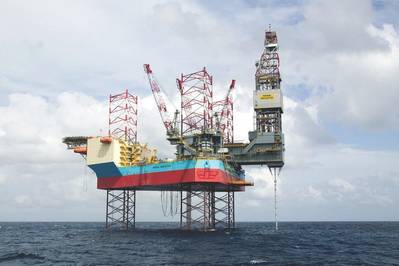 The new ultra harsh environment jack-up rig, 'XL Enhanced 4', is to be built at the Daewoo Shipbuilding and Marine Engineering (DSME) shipyard in South Korea with delivery scheduled for mid-2016.

The total project cost for the rig is USD 650m including a turnkey contract with the yard, owner furnished equipment, project management and capitalised interest. The contract with DSME includes priced options for delivery of up to two additional units with delivery in 2016/2017.

The rig order is backed by a 5-year contract with BP Norway for plug and abandonment work on the Valhall field in the Norwegian North Sea. The estimated value of the contract with BP Norway for the firm 5-year period is USD 812m including mobilisation from South Korea to Norway, but excluding cost escalation. BP Norway has options to extend the contract up to a total duration of 10 years. The rig will have the capability to be electrically powered from shore via the Valhall complex, which has significant environmental benefits.

"We are very pleased with the contract award from BP Norway extending the strong global relationship we have with BP. With this latest contract we now have four rigs contracted to BP, two in Norway, one in Egypt and one in Azerbaijan in the Caspian Sea. Furthermore, this is our first rig order placed with DSME - a top quality yard having solid experience with construction of offshore rigs, and we look forward to take delivery of the rig in 2016,” says Claus V. Hemmingsen, CEO of Maersk Drilling and member of the Executive Board of the A.P. Moller - Maersk Group.

The new rig is of the same class as the three ultra harsh jack-up rigs, XL Enhanced 1-3, ordered in February 2011 and May 2012 currently under construction at Keppel FELS in Singapore. The four XL Enhanced ultra harsh environment jack-up rigs are based on the design of the Mærsk Innovator and the Mærsk Inspirer, the world’s largest and most advanced jack-up drilling rigs.