USCG: Marijuana Use Unacceptable for Mariners 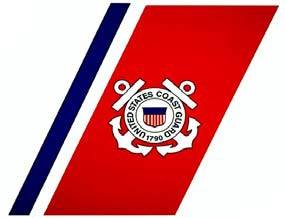 The U.S. Coast Guard issued a notice to ensure that mariners, marine employers, Medical Reviewing Officers and the public are knowledgeable of the continuing prohibition of marijuana use by those serving in safety-sensitive positions in the maritime transportation industry.

The Coast Guard said it is important to note that marijuana remains a drug listed in Schedule I of the Controlled Substances Act. It remains unacceptable for any safety-sensitive employee serving in the maritime industry and subject to drug testing under the Department of Transportation’s drug testing regulations to use marijuana. The Department of Transportation’s Drug and Alcohol Testing Regulation – 49 CFR Part 40 – does not authorize the use of Schedule I drugs, including marijuana, for any reason.

The Coast Guard’s regulation regarding recreational or medicinal drug usage is firmly aligned with the Department of Transportation’s regulation on the use of Schedule I drugs. For more information regarding DOT’s notices for “recreational marijuana” or “medicinal marijuana” please follow these links: http://www.dot.gov/odapc/dot-recreational-marijuana-notice, http://www.dot.gov/odapc/medicalmarijuana- notice.